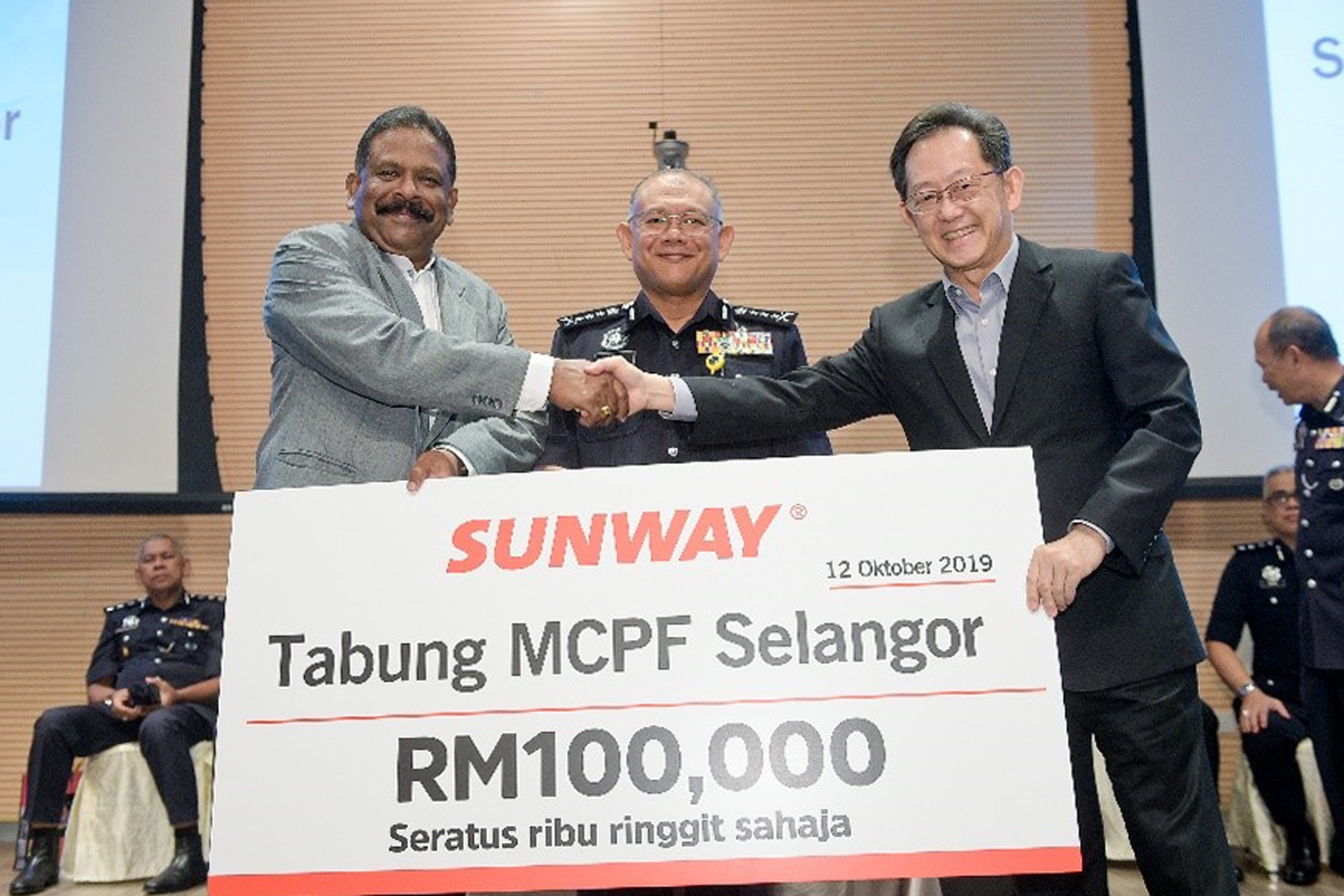 The Malaysian Crime Prevention Society (MCPF) of Selangor had recently partnered up with the Selangor Royal Malaysian Police to co-organise a crime prevention and safety Town Hall Discussion.

During the town hall session, Sunway Group donated RM 100,000 to the MCPF Selangor Fund. The funds will be used to run community-based crime-prevention programmes across 16 police districts in Selangor.

Sunway Group founder and chairman as well as MCPF chairman Tan Sri Dr Jeffrey Cheah said, âOur country is faced with new threats every day. Apart from fighting crimes such as murder and armed robbery, we face even more dangerous threats such as the rise of extremism and racial tensions which severely threatens the harmonious multi-cultural nation that we live in. We believe that crime prevention rests not within the hands of the police alone. We need the cooperation of every level of society to come together with the authorities and to play their parts. Together we can make Malaysia safe.â

MCPF Selangor aims to actively engage the community at all levels including the school children, students in Higher Learning Institutions, recidivists, prison inmates, the corporate sectors to come together for the cause. The public can look forward to campaigns, seminars, town hall discussions, crime prevention talks and other activities throughout the state by the district liaison committees.

The Town Hall Discussion aims to encourage two-way communications between the police and the community of Petaling Jaya. It is an initiative under the Jabatan Pencegahan Jenayah dan Keselamatan (JPJKK) Strategic Plan 2019 where every contingent will organise a similar town hall to discuss crime prevention issues and challenges.